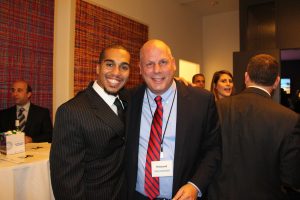 A below-the-knee amputee since he was a child, Robert has overcome many obstacles in his life to get where he is today. Robert joined East Coast O & P in July 2014 and presently serves as Patient Advocate. He works with many different prosthetic patients on a day-to-day basis and participates in our monthly amputee support groups.

We at East Coast O & P could not be more proud of him!